The Oracle is a shopping development either side of the River Kennet in Reading, it was previously an industrial site incorporating a biscuit factory, brewery and bus garage. The agreement with Hammerson the developer was that the new development would include at it’s heart a new civic space and that art would be a major component. My function was to act as lead artist for the site and to design the exterior paved areas.

My starting point for the paving design was the River Kennet which runs through the centre of the site effectively cutting it in two. For the greater part the footprint of the built component is formal and rectilinear with the river a serpentine presence introducing a more organic feel to the site. My solution was to strike circles from the arcs that the meanders of the river incorporated and see what potential for interface was set up with the geometry of the groundplan of the development. Out of this came a formal conversation which tied the whole central site together in a way which echoed the symbiosis of architecture and river.

The material used in the central piazza area which is split by the river was black granite let into white granite paving, in the areas flanking the shops we agreed upon black brick pavers let into red. The design was continuous from one zone to the other. 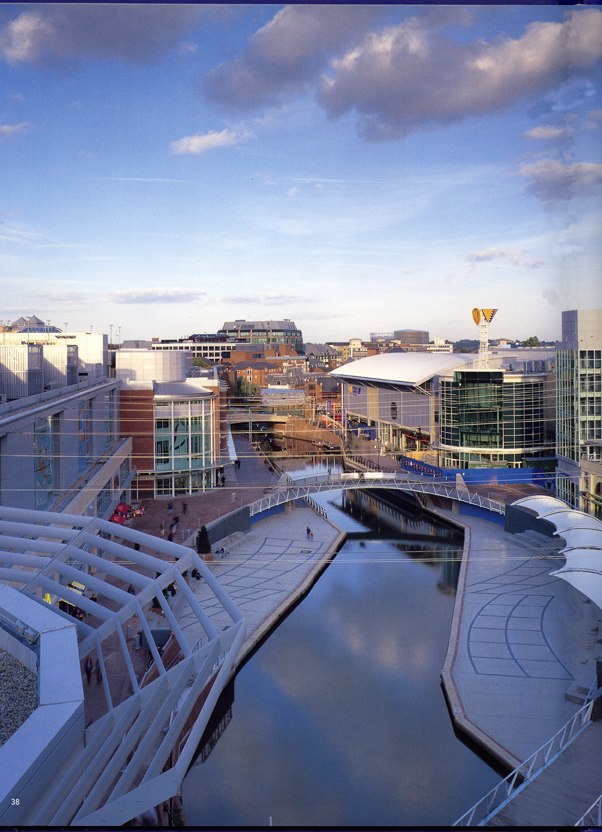