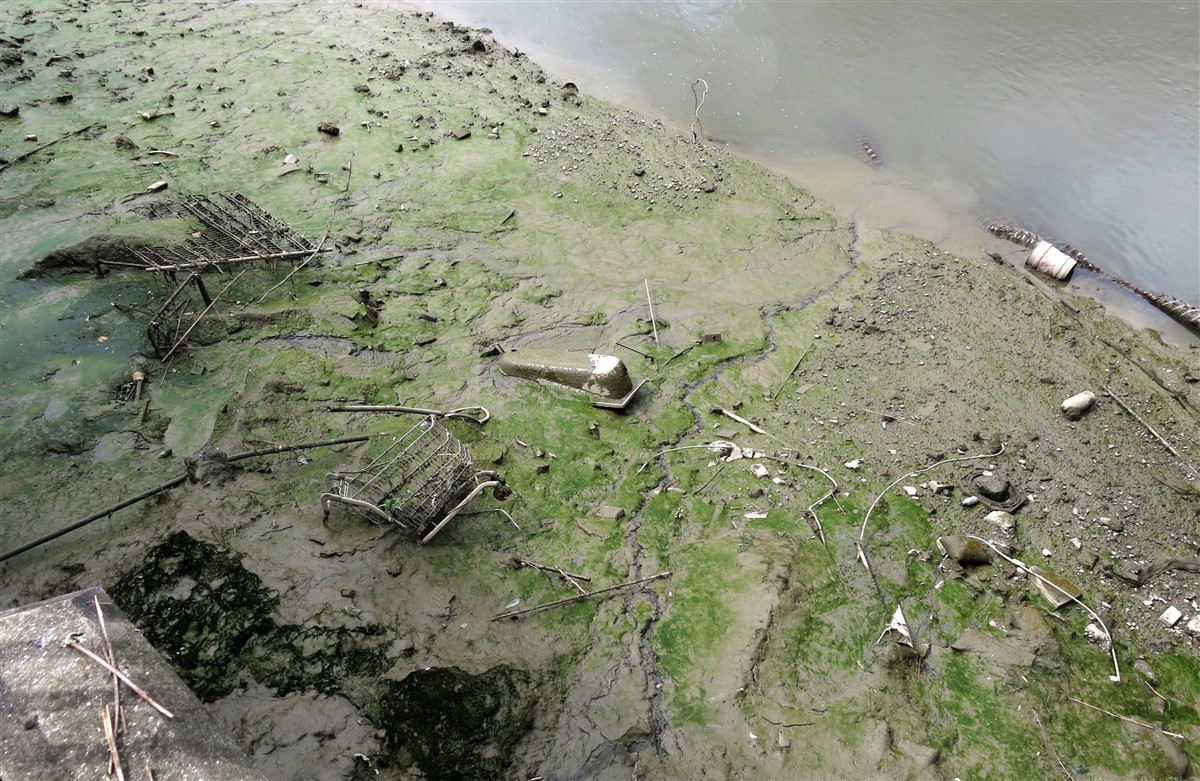 A walk with Graeme Evans, Ozlem Edizel and Lorraine Leeson

This walk, starting from Canning Town Docklands Light Railway Station, is circuitous which is not a surprise given that the lower tidal Lee follows a serpentine route. Trinity Buoy Wharf is a busy enterprise and has made a speciality out of being a visitor-friendly cultural site, with plenty of tidal-themed art. It may, however, seem quite claustrophobic, crowded with so much idiosyncratic stuff that it is difficult to know where to look without distraction. This does not necessarily detract from the works, but adds up to a manic sense of place, exacerbated by the Emirates Airline Cable Car, the O2 Stadium, the Antony Gormley figure and the Richard Wilson slice of ship, all within immediate view and all contributing to the urban clutter of the area. The works that form the visitor experience are all positive, worthy and instructive but there are simply too many. The “Alunatime” work, produced by the Aluna Foundation, responds to the phases of the moon and tidal cycles; “Tidal Sonification” is a sound sculpture by John Eacott and Andrew Baldwin driven by a sensor submerged on the Thames Clipper Maintenance Pier; Marcus Vergette’s “Tidal Bell” is tucked away by the quay. It goes on. There is a garden shed artwork evoking Faraday’s development of the electric light for the lighthouse by Ana Ospina and Fourth Wall Creations, an upside-down plexiglass lattice “Light Bulb” that echoes the light tower and much, much more including a very grand lightship and the remains of the transom from the Thames Barge, Winfred.

The Bow Creek/Limmo Ecology Park is a complete contrast. It occupies the entire peninsula bounded by a very tight meander in the lower estuary and fixed by the engineered entrainment of its course. Given that the Docklands Light Railway cuts it in two over much of its length, it is a triumph of landscape management by the Lee Valley Regional Park Authority, which has maintained it since 2006.
It combines both fresh and salt/brackish vegetation as a succession. Control is understated: a swale feature ensures tidal flow through an upper reed bed (phragmites australis) and fresh water pumped from an aquifer beneath the site feeds a wetland within the body of the park.
Kick-started by the Parks Authority, the site has developed its own momentum and biodiversity: in a single visit we heard chiffchaff and reed warbler and saw flocks of goldfinch. On the low tide reach below, mallard and heron mooch around the familiar low-water urban junk, while cormorant stand drying their wings on the mudflats, all testifying to the rehabilitation of the river environment. The question arises who might be responsible for clearing the detritus that, at a single glance, is a promiscuous collection of oil drum, fire extinguisher, steel fencing, assorted plumbing, bedstead, the inevitable shopping trolley and a bathtub. 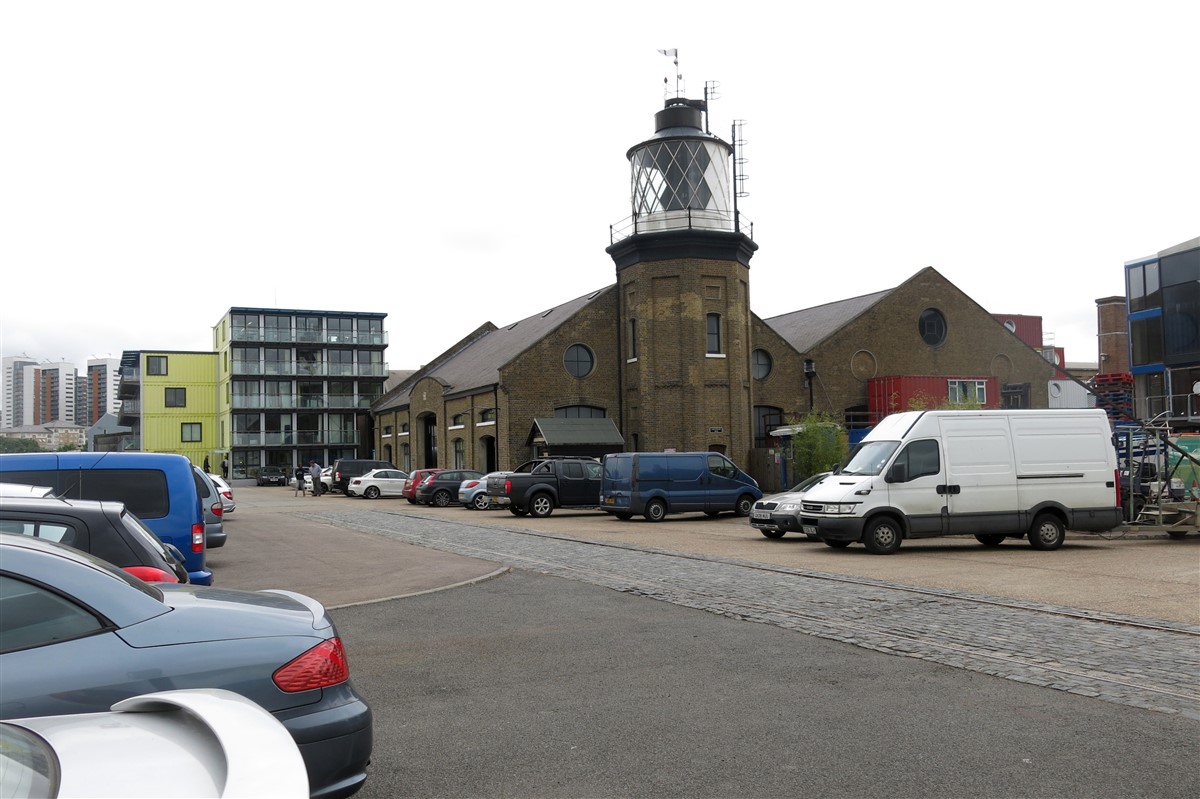 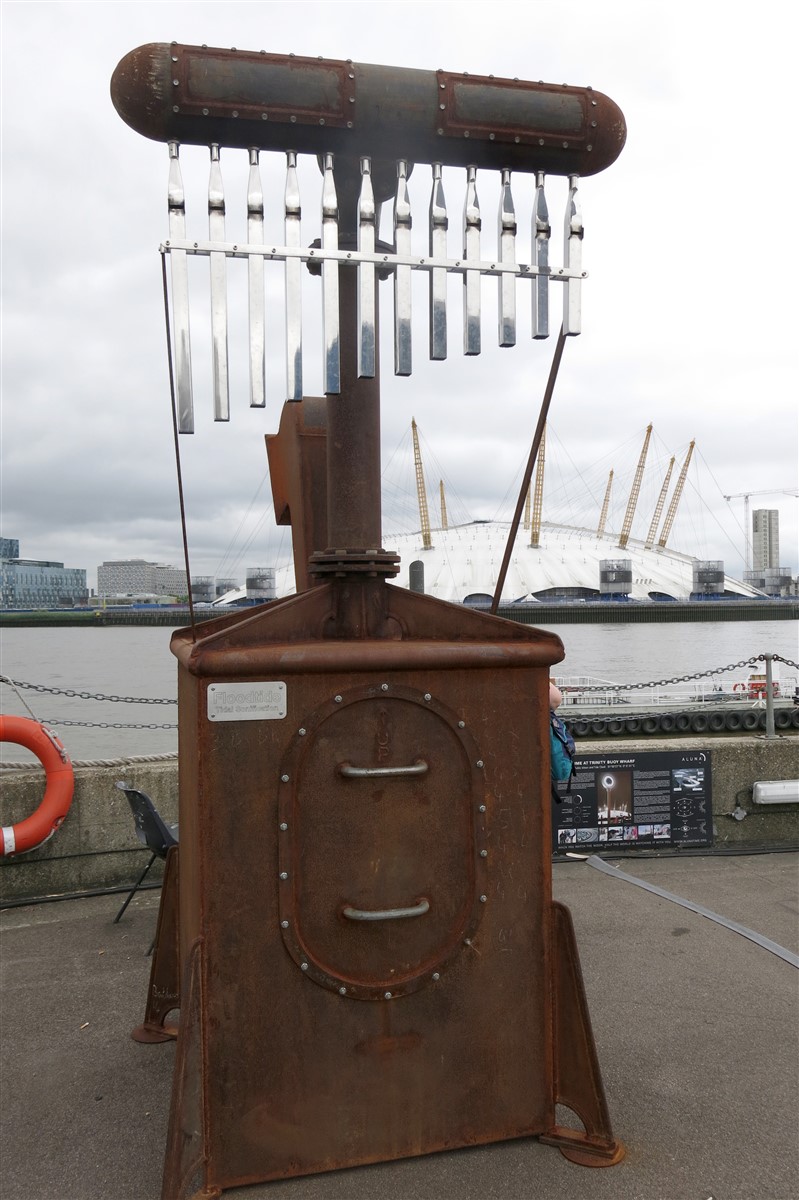 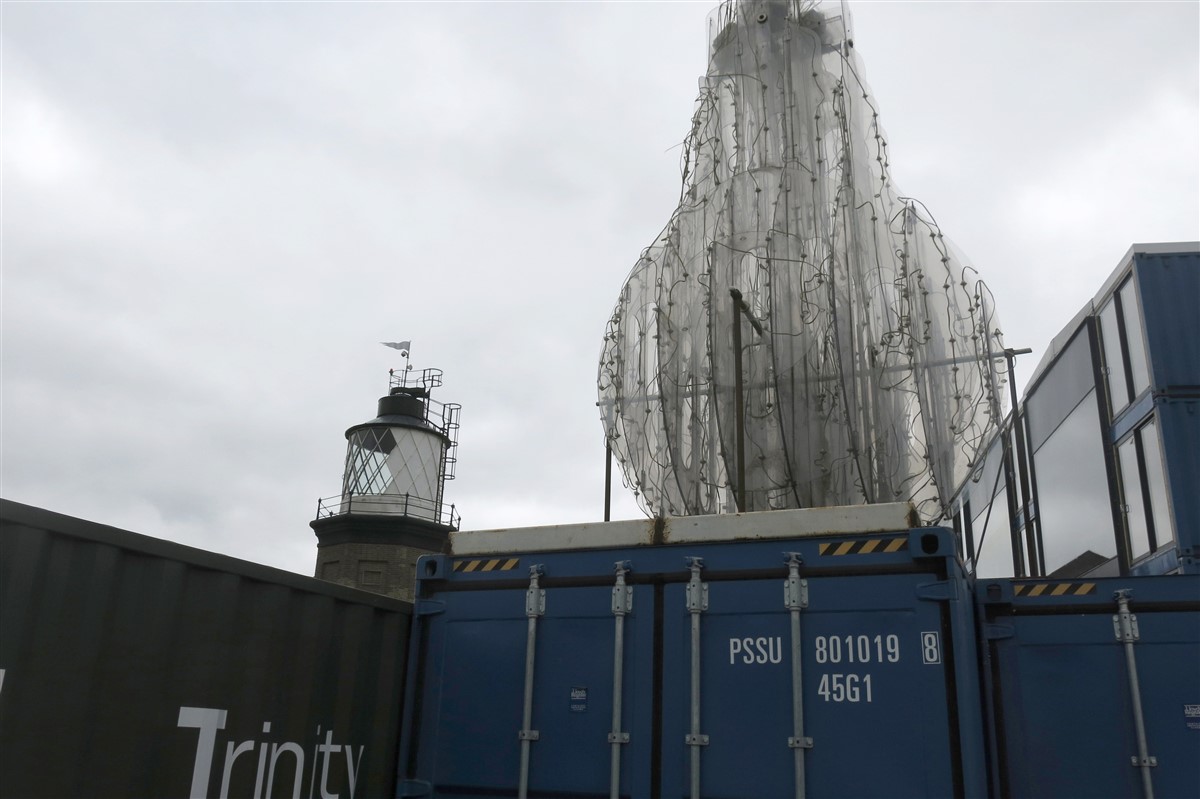 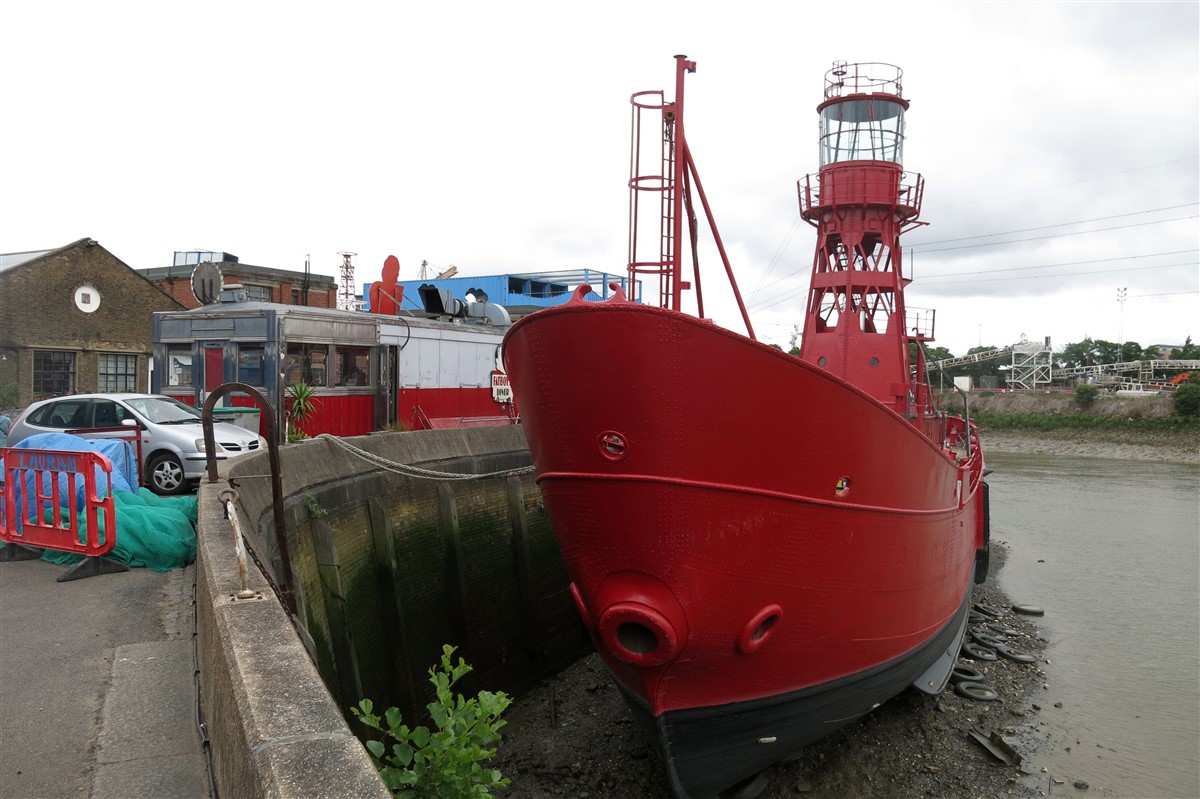 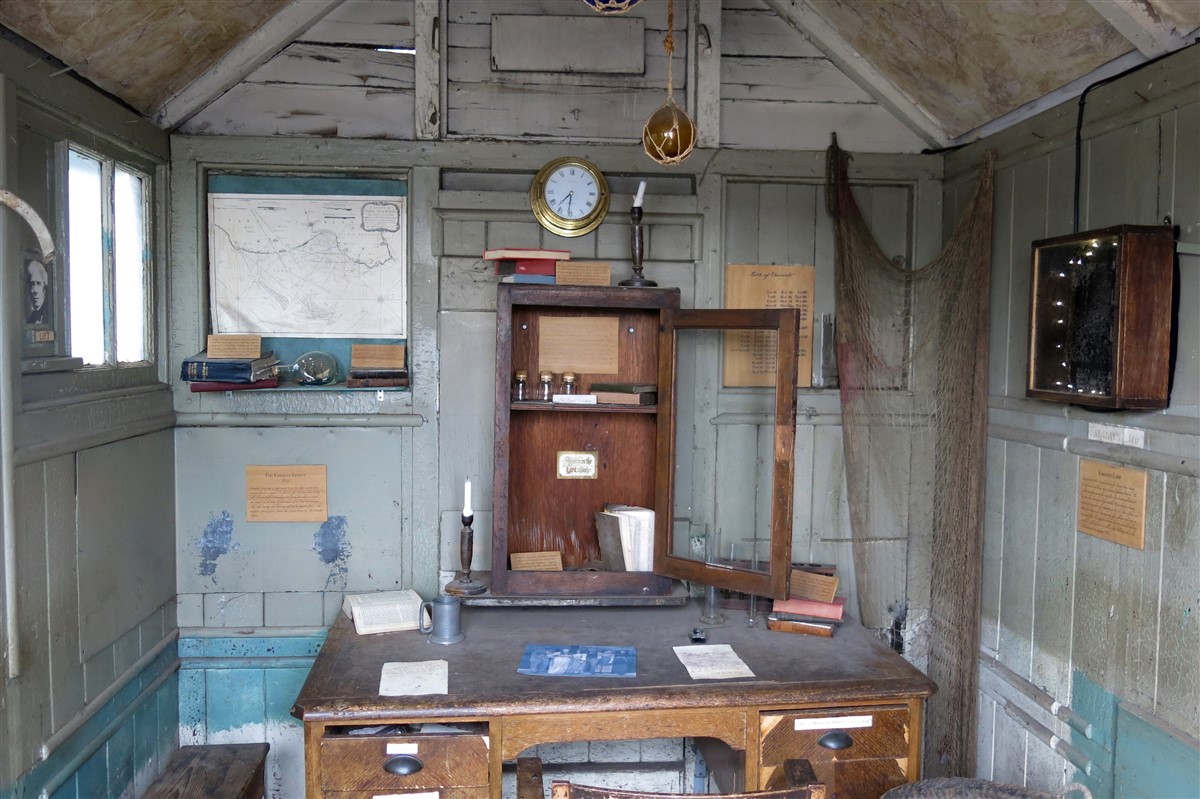 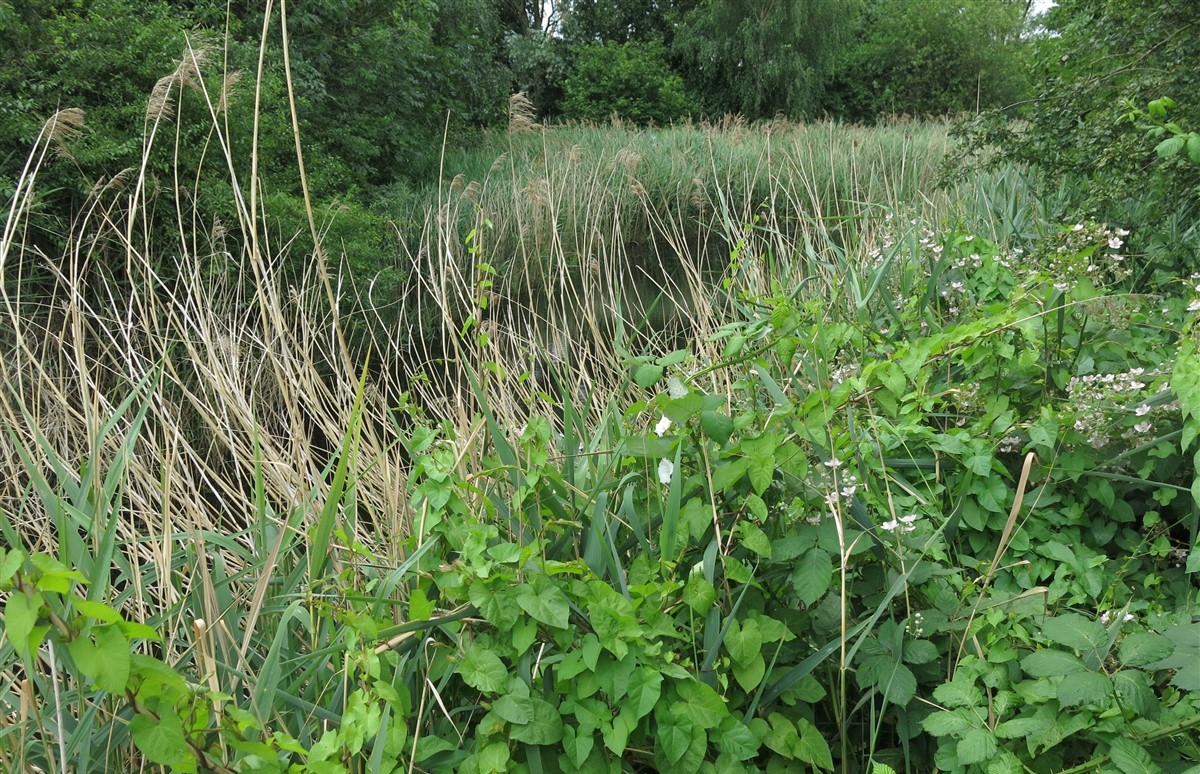 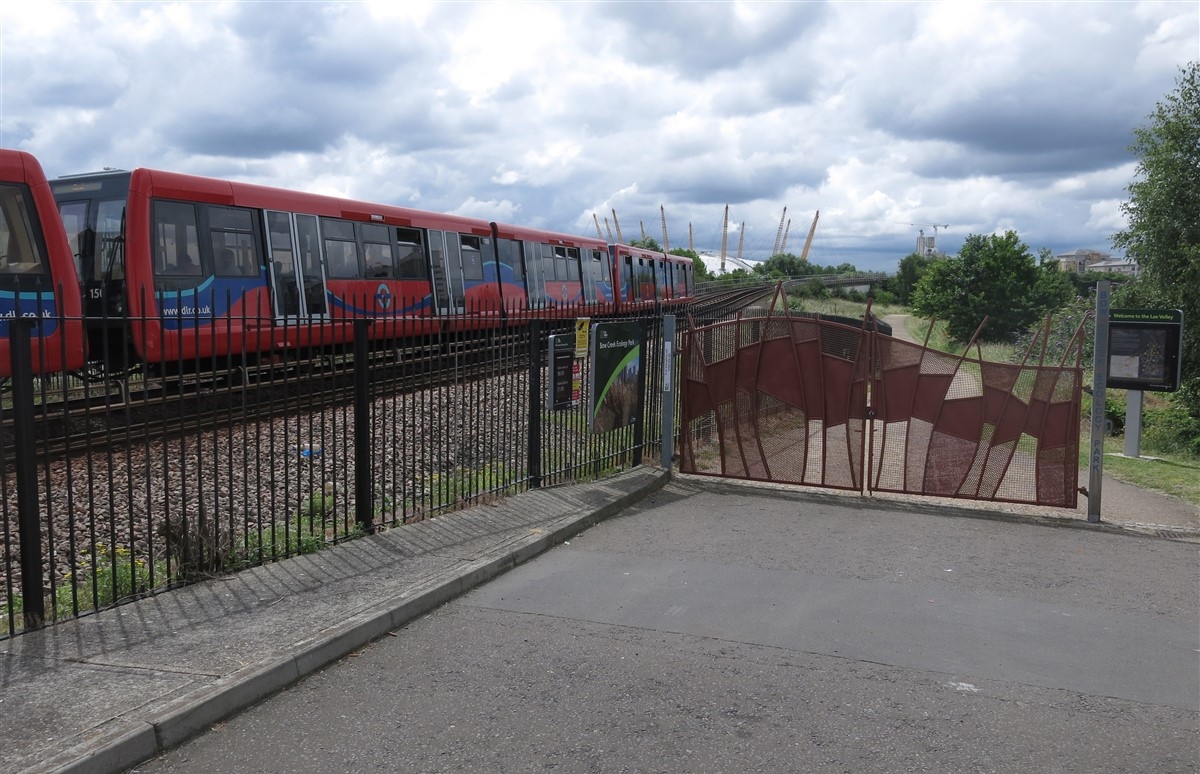 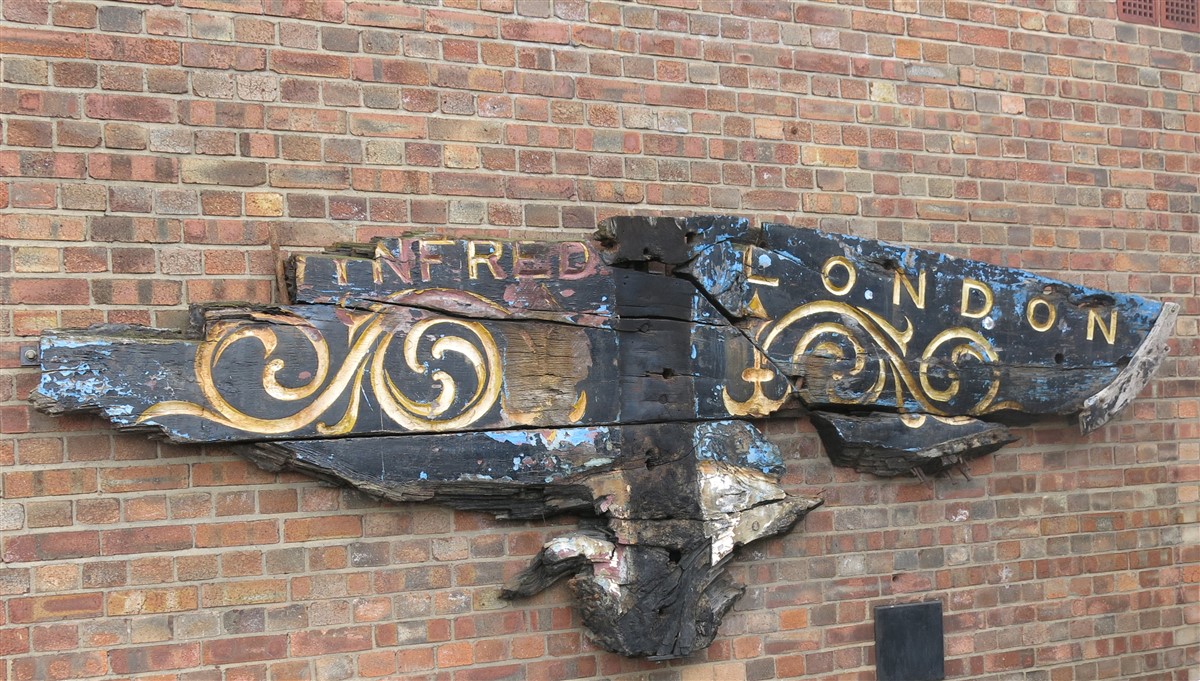 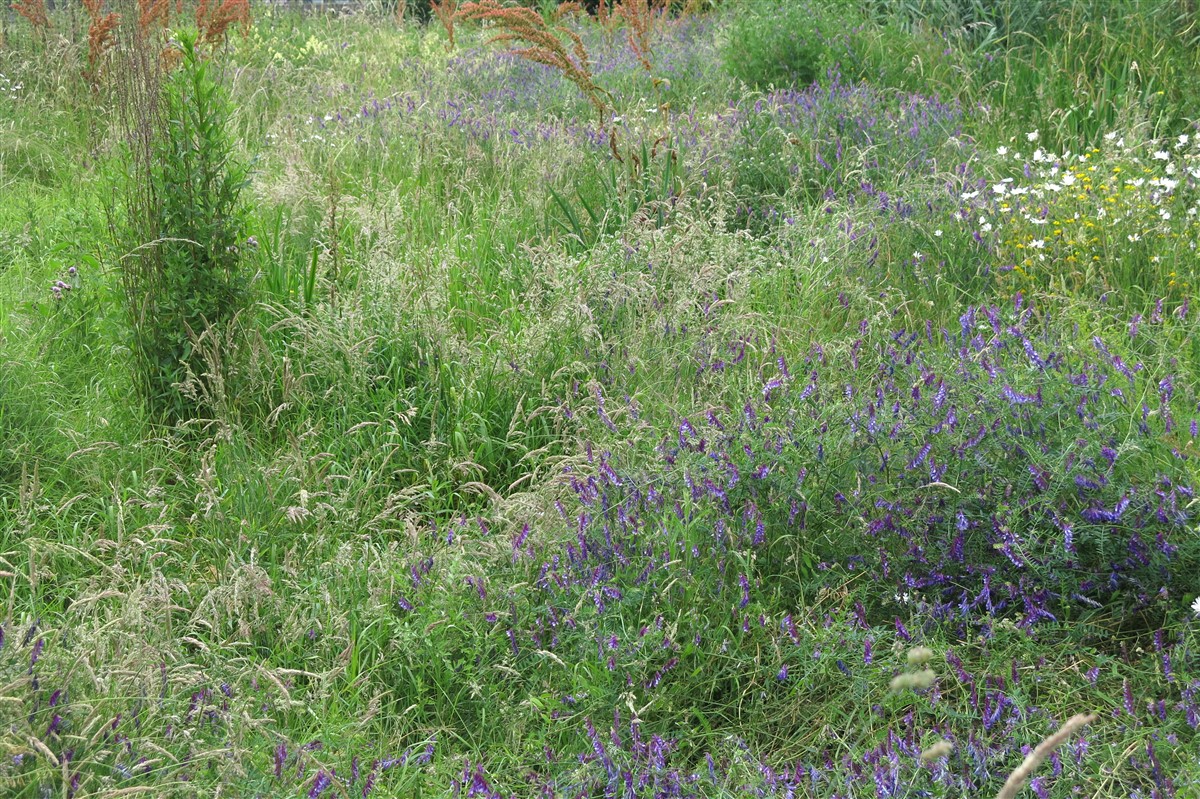 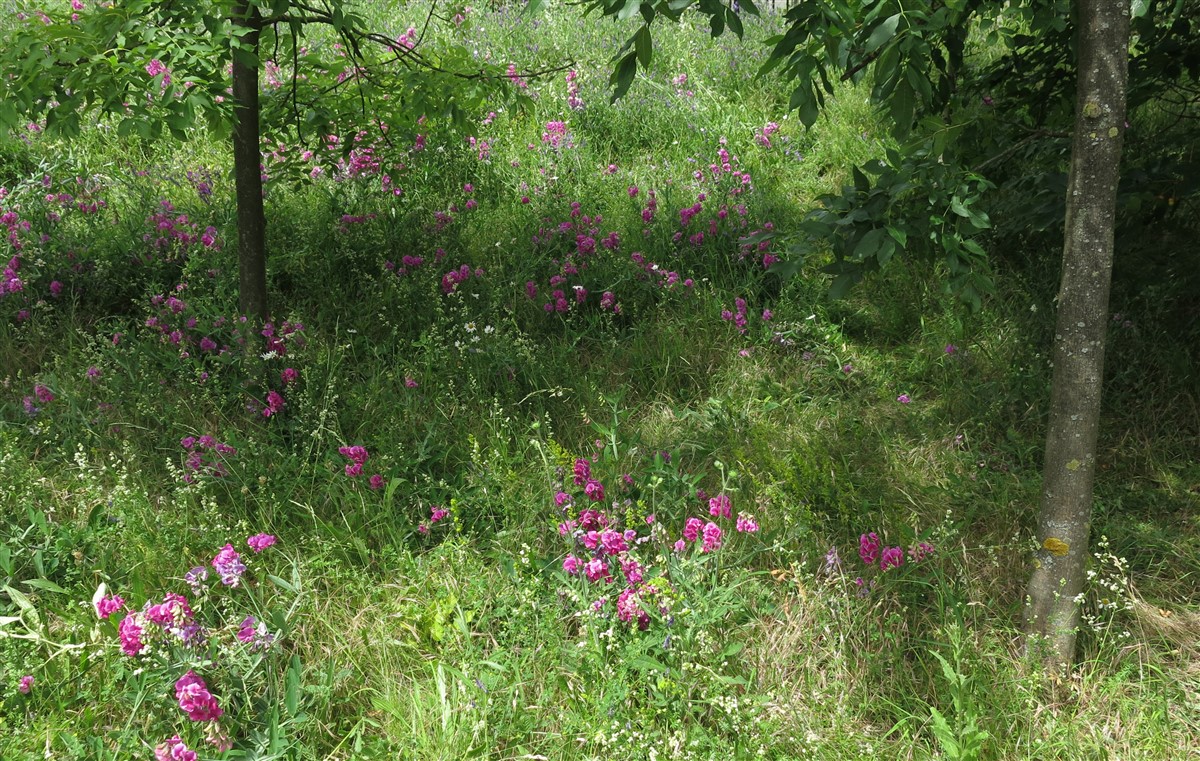 Across a new bridge exiting the park and down a forbidding flight of steps, there is a sign stating portentously “Pollution Control Valve Down Steps”. It is not clear which steps this refers to, but this is where the flyover from Canning Town creates a snug, sheltered area that has become colonised by some rough sleepers. This is a civilised space, surprisingly well appointed and orderly. It looks like home, is private and intensely territorial. I am an intruder. Cody Dock, just one reach upstream from Trinity Buoy Wharf, has an utterly different agenda: while Trinity Buoy Wharf is unashamedly, if alternatively, marketed, this is a project driven by a proactive community group, who, although they have no money, are high on ideas and idealism. However, they operate in the context of inexorable development and realise that the key to the promotion of their plans lies in their ability to harness institutional support and partnership, which they manage with tremendous ingenuity and determination. Two of the group happen to be ex-Middlesex fine art students and yet another is a media technician currently working at Middlesex University.

On the day of our visit Cody Dock was host to a large team of volunteers from Royal Sun Alliance, who were busy erecting shuttering screens and dismantling the wharf safety rails in preparation for setting them further back. Simon Myers, the site manager, talked us through the ongoing projects and future plans, leaving us in no doubt that in the fullness of time there would be a thriving arts and residential boating community with the additional asset of a working dry dock. The intention is to demolish the concrete bund across the dock entrance and reinstate the lock gates to facilitate a mooring facility; after which the expectation is that it will become a self-funded amenity. There are plans afoot for an enhanced, ecologically rich footpath link along the river towards Bromley-by-Bow and a much heralded sculpture trail; both of these have a significant input from Cody, aka Gasworks Dock. All of this can only happen through a heady mix of optimism, opportunism and persuasion. Already new alliances have been forged with organisations such as the Friends of the Leeway Group to restore and enhance the Fat Walk (a term coined for the breadth of the walkway rather than the breadth of its walkers) and Thames 21, a volunteer group committed to the integrity of the Thames and River Lee riparian environment (see following chapter).

Our next call, just below the Olympic Park, was Three Mills at Bromley-by-Bow. This is a conservation site owned by the River Lea Tidal Mill Trust. Although this has been an active mill site since at least the seventeenth century, the surviving buildings date mainly from the nineteenth century. These have had a chequered career, falling into disrepair, bombed in the Second World War and later partially restored, but the architecture is significant and is sufficiently intact to be Grade I listed. This is another community-driven enterprise, aided and abetted by its obvious heritage value. As a part of the rehabilitation of the site for the Olympics, the Three Mills Lock on the Prescott Channel coupled with the Three Mills River Weir were constructed. Such work may facilitate the reinstatement of a functioning mill, further enhancing its value as a visitor destination. Its current attraction relies upon its value as a relic of our industrial heritage, an intimate backwater that softens the brutality of a functional tideway and introduces a slower-paced contrast to the frenetic busyness of the East Cross Route at Bromley-by-Bow.

These locations afford insight into four particular ways in which the public are invited to engage with a river environment. Trinity Buoy Wharf is welcoming and “alternative”, but is aggressively managed both as a visitor destination and a fashionable place to run an enterprise or to hold events. Although the intention is to be light-touch, it is emphatically a place of business and suffers from that curiously manic tendency in a British urban environment, to be intolerant of any empty space, filling it with features and artworks that jostle for attention and look random.
Bow Creek Ecology Park is an unlikely oasis: a small piece of biodiversity only a stone’s throw from a frantic urban intersection and bisected by the Docklands Light Railway. It is skilfully but discreetly managed as a small park with safe amenities such as pond dipping for school parties and clubs. Possibly due to careful management by Lee Valley Regional Park Authority, it has not yet turned into another kind of social/antisocial space and become rubbished. Paradoxically it has hidden corners that shelter other life forms, that of the dispossessed for example.
Cody Dock is an exemple of what can be done with intelligence and commitment to social ideals and can work only if endorsed by the community. The aim is that it should ultimately be considered a community asset and is a model for how inner-city environments could be.
Three Mills is much more inherently a part of the local landscape, although once again the key to its success is the willing enthusiasm of volunteers to run it and devise a strategy to ensure its continued rehabilitation.