The River and Rowing Museum is a building by Chipperfield Partners, completed in 1998. I was invited by the curatorial staff to propose a work on the theme of River Crossings to be sited in the bridge which links the two museum buildings.

The approach I took was to take out the meandering plan of the river and imagine it as a triangular form; where the height is the distance between Thames Head and the most seaward crossing point, Queen Elizabeth II Bridge at Dartford. The base is the width of the river at the bridge and the apex, the source at Thames Head.

This is the characteristic funnel shape of any river, which given the geology of the Thames Valley and centuries of interference with the river’s regime is most certainly a point of departure. I obtained widths of the river at every crossing point and where they fell along the running length and built them into the drawing in such a way as to make a much more idiosyncratic form; a kind of finial shape or even some such watery parasite as a leech.

This shape was given a scale to exactly fit the dimensions of the floor of the bridge and it was produced as a form inlaid into linoleum.

The wall is a key to the floor and is made up of all of the names of all of the crossings put in such a way as to correspond directly with their positions on the floor. I wanted this to be seen as integral to the building and so cut it into a false wall made to fit the bridge perfectly.

The images, scanned from 35mm transparencies are regrettably not as clear as I would have wished, but I trust, give the idea. 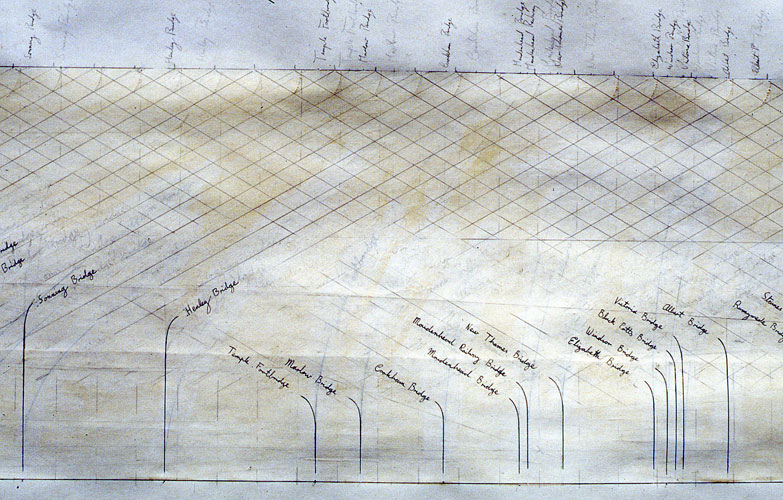 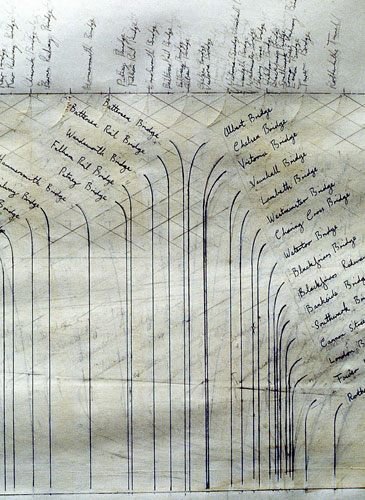 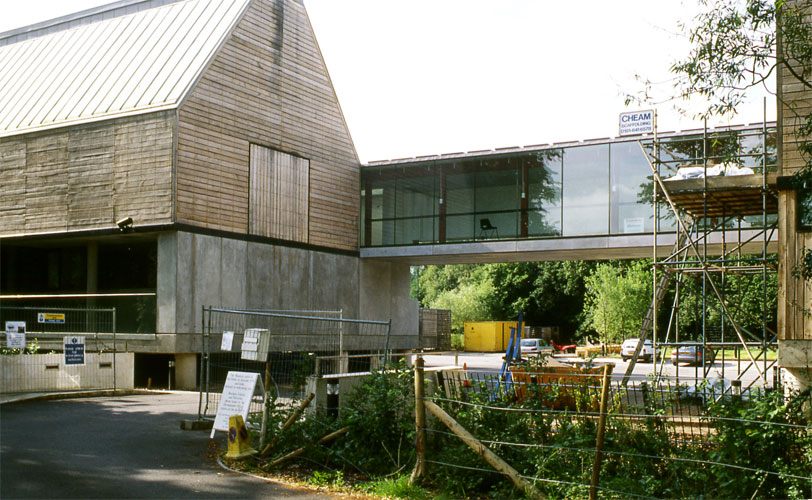