A major flaw in the routine problem solving, trouble-shooting approach to coastal and estuarine management is its inability to engage the public on an imaginative level. No matter how thorough the consultation process, if this fails to inspire a sense of public ownership, it risks alienating those communities that are vital to a successful outcome and otherwise are quite capable of rendering it unworkable.

Since 1999 I have been drawing large map works to explore the implications of change on the Suffolk Coast and recently I have started thinking of them collectively under the title: “Imagining Change”.

The development by the Environment Agency of Shoreline Management Plans and Estuarine Strategies in our region is, in the long run, so speculative, that as we look further into the future, change becomes increasingly a function of our ability to imagine it. The scientists and engineers charged with the responsibility for identifying the conditions for change have an advantage of working within known parameters but even these when projected into the misty future, become tenuous. Since this is all there is on offer we have little choice other than to look from their dispassionate position, take a great deal on trust and either accept or reject their conclusions.

On the other hand, encumbered by beliefs, desires and convictions, the community viewpoint reflects specific interests and makes up in passion what it lacks in authority. The meeting of these two worlds is certain to be fraught; where one party might be deemed unrealistic, the other might be interpreted as excessively paternalistic. This is much more complex than a confrontation between interest and disinterest; there are multiple views, each equally persuasive but determined by separate priorities which must be acknowledged if there is to be a way forward on coastal change.

As an artist I have only my inquisitiveness and neutrality to offer, reflection is simple when there is nothing to lose and the challenge is fundamentally intellectual. Communities are made up of individuals, they speak collectively and individually in a subjective voice, unanimity only happens as the product of overwhelmingly singular issues, such as a damned good flood, otherwise disparity is the norm. Understanding this is vital to the success of policy generation

If disparity is the essence of the societal response to coastal change, it must also become a component of workable strategies. Multiple versions of “the world according to” only serve to remind us that there are no singular solutions and that sustainable national strategies that are environmentally sound and affordable, are certain to please nobody and cause such uproar as to stall the process.

The aim in my drawings is to visualise the analyses made by coastal scientists. There is nothing extraordinary about them: they are maps through which I absorb the analytical process and in doing so, become familiar with its implications. Through my professional life, I have developed a basic strategy of reflecting upon what I wish to explore by converting it into a form of my own making and taking possession of it. I can see a value in extending this as a pragmatic exercise to foster wider understanding of the application of a scientific enquiry to natural systems and to ground the exchange of views at public consultation level.

Detail of the Entrance to the River Deben from 2010, projected into the future until 2125

This is the third in a series of map/drawings of the Suffolk Coast intending to reflect upon the future implied by the Environment Agency’s Shoreline Management Plan, taken in conjunction with anticipated issues arising from the forthcoming Estuarine Strategy.

Felixstowe Ferry and Bawdsey at the entrance to the River Deben see not only the concentration of coastal and estuarine influences, but also is where the formal strategy for the river meets that of the coast.

In this drawing, I have allowed myself to be much more speculative than in the other works. As well as observing that the rock armour stone protecting the southern edge of the navigable channel should probably be set back, I also propose that were tidal velocities increase over the next century due to an increase in the amount of water entering the estuary, there could be a call to augment the current entrance with a flood relief channel. This would relieve pressure on the settlement of Felistowe Ferry under extreme tidal conditions. This would not please the golf club, whose land it would cut in half. 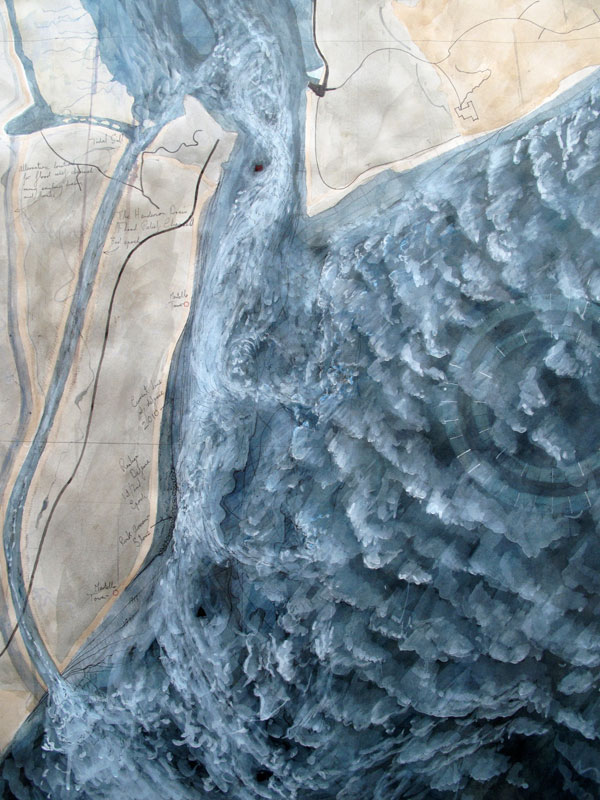 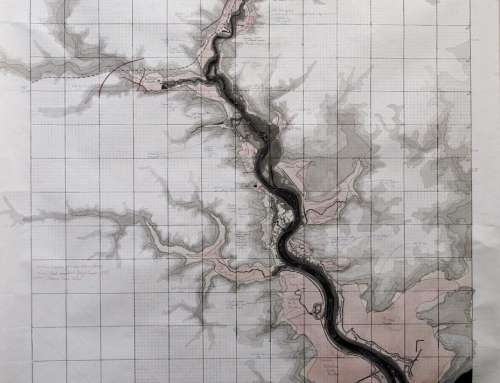 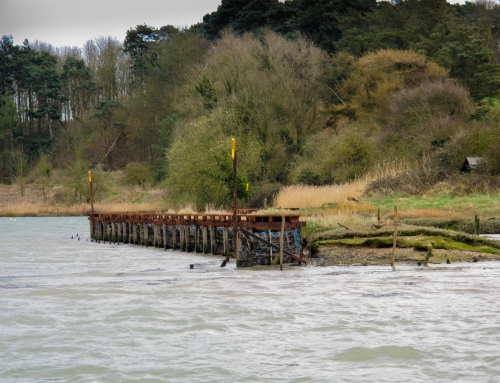 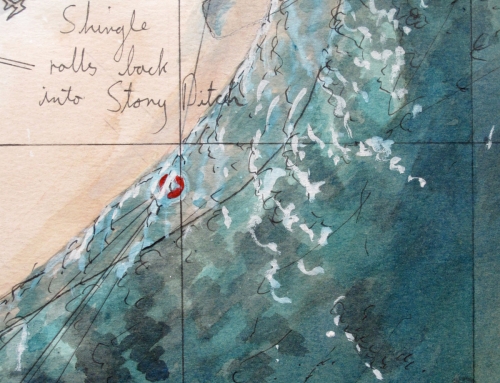 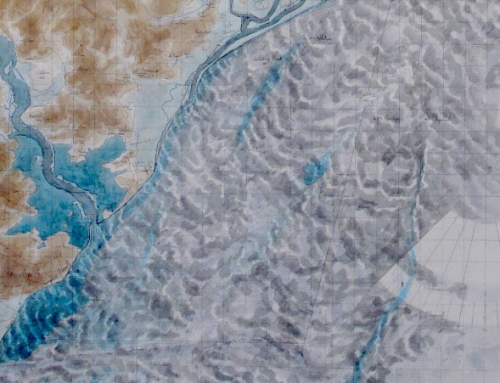